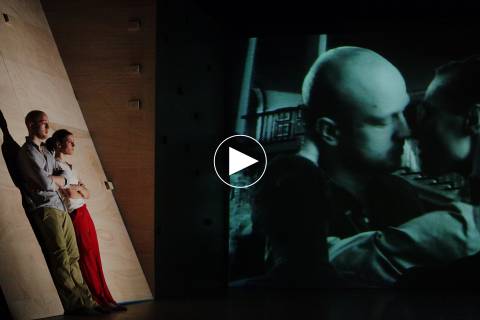 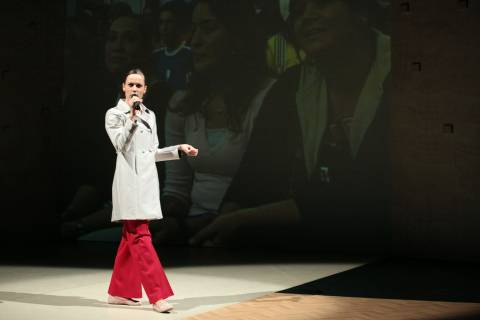 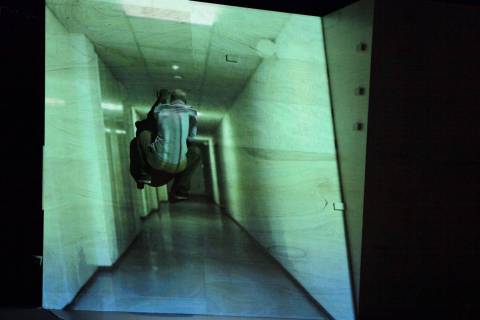 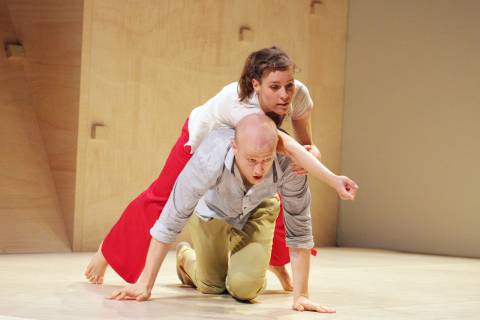 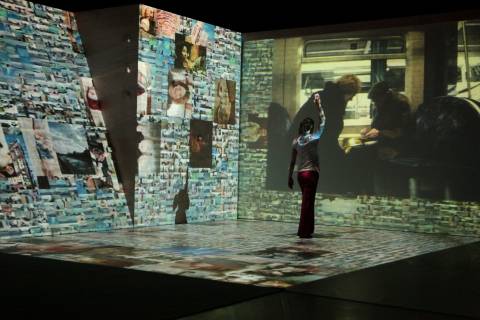 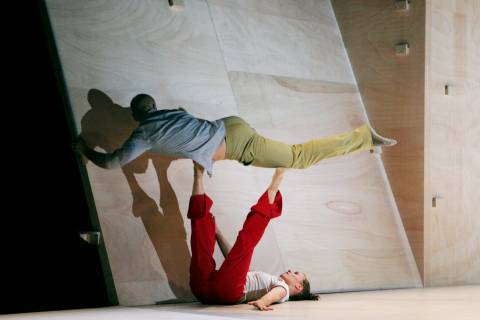 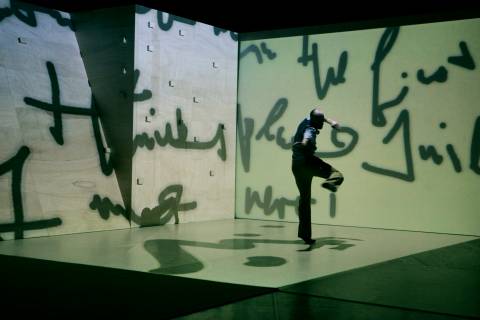 projections on the move part II

„Projections on the move” is a series of three works by in which the possibilities of merging movement, video, language and sound are explored under various thematical aspects. After the first part „Into the Blue“ successfully appeared in numerous international festivals throughout Europe, Asia und South Amerika, Jan Pusch presents the second part „match“. The exceptional dance duet is a charming as well as radical analysis of the illusionary business „love-relationship“. Confronting imagination with reality, image with substantiality, the true motivations and visions of a well known bilateral policy of relations are revealed.

For the dancers, the acting and playing is quite demanding - all the more important, that the choreography supports the action all along in an adequate and original way, in addition to powerful solos and teasing pas de deux.

(…) this highly amusing, desillusioning because deeply true relationship-scuffle between Melanie and Henrik (fabulous as dancers and actors: Melanie Lane and Henrik Kaalund) who are playing over all more or less ridiculous states of being in love, jealousy, distrust, argument and time-out – a playfully light to aggressively urging dance duet. At the same time Pusch treats soul exhibitionism that is sold as the truth in film and tv shows with irony as well as ingenious sophistication.

“match”, the latest dance duet of Hamburg choreographer Jan Pusch plays full length with clichés from the everyday life of a couple, relentlessly unmasks the relationship with a lot of humor as an “illusionary business”. The great dance theatre piece is recognizably true.

Pusch knows his trades: video, sound, words and dance mesh like cog wheels, increasingly building a concentration of atmosphere. Apart from that he has the rare gift of dry humour and striking comedy. Even in most serious moments he remains relaxed (…)

MATCH has been on tour in Germany, Greece, Russia and Japan

projections on the move part II

Please contact us for further information and video of the complete show.